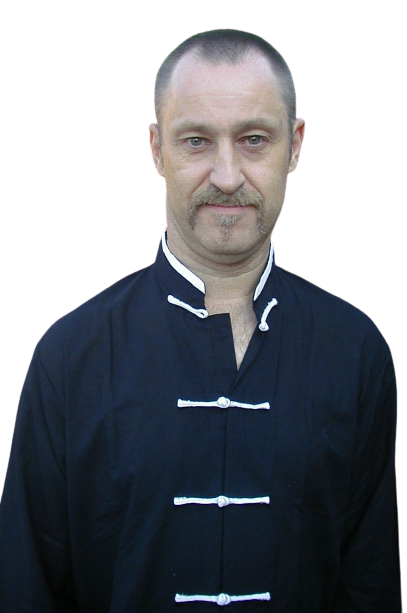 My name is Andy Wright and I live in Wiltshire (UK). In 1961 I was born with a condition called cerebral palsy. For quite a number of years, the condition was the focus of attention for professionals and the like. Until the age of 8, I was reliant upon a wheelchair for mobility but crawled around on my hands and knees in the house.

When I joined the Scouts I was inspired to get up and walk; having seen the other kids having fun, running around, and enjoying themselves. My aim was to walk a few feet (literally) to collect my Christmas present from the School Santa. I don’t remember too much about it, but I have been back to the school and noticed the distance was only 6-10 feet. However, it led on to other things... Karate training was responsible for improving my balance and coordination.

Formal education was achieved at Claremont School in Bristol until the age of 11 years and subsequently at Thomas Delarue School in Kent.

After leaving school at 16 years I had a year's worth of work experience followed by 10 months of paid employment. I spent the next 8 years unemployed although I had many social activities going on such as mobile disco DJ, War Gaming enthusiast, CB Radio operator and from about 1986 budding software author (following my purchase of the ZX Spectrum 128k).

In 1989 I started work as a computer software programmer for Avon Tyres and spent a fantastic 5 years developing Quality Assurance applications on the Amstrad 1640.

The next position was for Wiltshire Council Careers Department as a part time Computer Engineer and the plan was that the remaining hours would be used to develop a freelance training business, but after 3 or 4 years it did not really take off.

So, in order to pay the bills the next role (in 1998) was a mobile computer engineer working for a
variety of companies including HP & COMPAQ. The job meant to travel to Lloyds TSB banks and MG ROVER garages to support staff with hardware and software issues.

In 2004 a chance of redundancy meant a quick change of employer but also a change of role to an employment advisor for Shaw Trust. The job involved working with ex-drug Users to help them back into work and was funded through DWP.

During the years of 1998 and 2004, I had a lot of interest in various holistic health qualifications and trained in a number of them only to discover later that they were not really for me!

I discovered tai chi chi kung through my Australian visits teaching karate, but also as part of shiatsu training with Chris Jarmey. While I did not finish my shiatsu qualification it was a really good grounding to enable the move towards teaching chi kung. I did other courses and joined the Tai Chi Forum for Heath where I took up the Teacher Training qualification.

During the years of 2004-2009, I slowly developed the demand for sessions starting with the local leisure centres and then local voluntary groups. I did a couple of private sessions but had not developed the necessary skills to make them sustainable and they stopped.

Following an appearance at the 2007 Sport England conference the roller coaster that was teaching tai chi had begun to accelerate towards the eventual goal of full time employment; with engagement by several agencies and voluntary groups around the County to teach sessions on a weekly basis.

In 2013 I developed back pain that made everything difficult, including walking. June 2014, I had an operation that left me severely worse off and for a year and a half had to rehabilitate myself to be able to do the most basic of tasks.

By 2015, some semblance of normality had returned, however, due to the pain and physical problems and the fact that the business had declined by 50-60%, my career path was in question. Searching for opportunities I saw there was nothing aimed at travel for and by the disabled person, and because I had done a considerable amount, thought this would be a good area to focus on for the time being. Along with online elements (training courses and workshops) web site design, computer software etc, I am hoping to move my physical career to a more virtual and intellectual path that will help me overcome the physical limitations I have developed.

As a result of that, 2016, the Youtube channel took shape with the underlying idea that the videos would mostly be filmed from a mobility scooter, but would primarily feature disability access.

In 2019, I decided to focus on just 2 of the channels within YOUTUBE because they were both monetized. One would be for Thai based material, AWT, and the other would focus on the disability aspects of life (including travel vlogs), TALKING REALLY.

I have always been involved in teaching and training and have now set up courses on various platforms, including my own website.