New Manager Essentials: Be a Great Leader from the Start

Are you a new team leader or manager? Scared? Terrified? Confused?

In this course, I'll talk about one of the most important and exciting times in anyone's career - and that's the time you get to be a manager for the first time. It doesn't matter that you might feel like a rookie manager. You might even be scared, or excited or confused.

But the tips in this course are based on 20+ years of people management at massive companies. And I'm passing that experience right on to you!

We'll talk about how it is super-critical to understand the new roles and responsibilities you have. How to build and shape a culture that allows people to express themselves, succeed and also develop and evolve as people, while all the time delivering for you and the team.

We'll look at the hiring process, discuss how to manage welcome your new employees and hire talented individuals, and crucially how you can shape those individuals into a super-high performing team.

I've seen pretty much everything over that period and the advice in this course will help you make an excellent start in your early weeks and beyond.

What to Expect & About Me

In this video series I'll talk about one of the most important and exciting times in anyone's career - and that's the time you get to be a manager for the first time. It doesn't matter that you might feel like a rookie manager. You might even be scared, or excited or confused. But the tips in this course are based on 20+ years of people management at massive companies. And I'm passing that experience right on to you!

So you've been given a manager role? Well the first thing to say is well done. This is a great opportunity and you may well look back on it in years to come as a defining moment in your career. Not everyone is cut out for managing people. It's a challenging role with a ton of moving parts and new skills that you'll have to master. As we'll see in this course, you'll need to wear a lot of different hats in order to succeed.

It's a Different Job

So the number one thing you as a new manager need to do is this. And this is one of the biggest mistakes I've seen made by managers that don't succeed. Accept you're not one of the gang anymore.

What's that? You're apprehensive? Oh - you're terrified? Let me tell you, there's nothing wrong with that. And actually that feeling won't ever go away. I've been managing teams for 20 years and still get that sinking feeling in my stomach when I walk into a room to meet my new teams for the first time.

It's not always the be all and end all to start a managerial role well. Plenty of great managers had rocky starts. But it certainly helps to get off to a good start so these tips should be of help.

OK you're the boss now. You've got to get this team delivering. It's up to you how things are run. And that's daunting, but it's also very exciting. A really useful tip for your first 30 days is to set expectations. In my experience, one of the biggest contributors to under-performance both individual and team, is that of a mismatch in expectations. That is - everyone *thinks* they're doing well, doing what's expected of them - until it comes down to the end result or the judging - and - well, what they come up with isn't what you expected.

This is a new role, a completely new job - and not in any way the job you were doing before. It's critical that you understand this and realise that as a manager and a leader there a whole load of new skills that you need to get into your own toolkit. So one of the most important tasks to undertake in your first 30 days as a new manager is to begin the act of learning leadership.

Culture. You'll hear this word an awful lot as a manager or a leader. And it's very important that you understand what culture means, why it is important, and what you can do to create the culture that you want within you own team and amongst your own people.

One of the biggest issues facing any manager is that of keeping things as fair as possible for everyone, and in particular shaping that whole team culture to be one where everyone knows the playing field is level. It's harder than it seems, so these tips will be of help.

As a new people manager, probably the most terrifying thing you'll be doing is well, actually managing people. Well now you're the boss. And you're going to have a lot of fun with the people management aspect of your role.

Mastering One To One Meetings

The one to one meeting is one of the most crucial aspects for any team leader to be able to build relationships with their teams. Here's how you can make the most of the one to one.

Are You a Manager or a Coach?

It's not like years gone by. Our teams are now more than conduits to getting a task done. A lot more. We are expected to look after our teams as people, inside and outside of work. We need to monitor physical and mental health, job satisfaction, career progression and pretty much every other aspect of their lives. We need to be COACHES!

It doesn't matter if you've never thought of yourself as a psychologist. Because as a team leader you're going to have to get right into the minds of your team and understand what makes them who they are, their motivations, fears and challenges. And it's an incredibly difficult, but rewarding aspect of people management.

Emotional intelligence is considered a fundamental competence for getting along in the workplace, particularly among leaders and managers. It is a highly desirable quality found in many leaders, and in my experience is the single most important topic for those wanting to progress in their careers and especially in the arena of people management and leadership.

It takes a lot of effort to get new people into your team. Hiring is one helluva process, and I've seen it too many times where a hiring manager pulls out the stops to get a great candidate in, and then acts like they don't care as soon as they sign the contract. That reflects really badly on the manager, team and company, and can really hamstring the productivity and motivation of the new person, and at worst can even cause them to reconsider their decision to join. So here's how to ensure that your new starter feels as welcomed as they can possibly be.

How to Hire a Diverse Workforce

Personally I've found this one of the biggest challenges in my 20 years as a hiring manager. I've worked predominantly in the technology sector in investment banks. Traditionally male dominated, populated by alpha or type 1 personalities. An environment that many females or introverts find intimidating and unwelcoming. As a hiring manager I've tried desperately to improve not only gender diversity in my teams, but also diversity in as many other aspects as I can. So how do you do it? Well here are some of the lessons I've learned.

Get the Basics Right Every Time

This is an aspect that doesn't often get mentioned in new manager guides, but in my experience it's right up there to give your team a platform to perform. And that's the aspect of doing the basics right, every time.

Good luck on your adventure as a new manager. It won't be long before you're helping out new managers yourself and perfecting your own leadership skills. 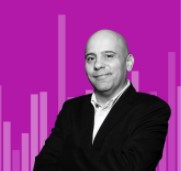 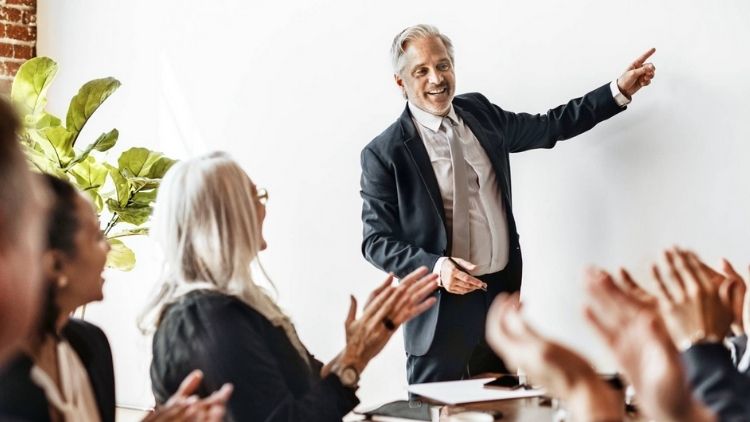